I am a newbie when it comes to growing food. I have had both success and failure gardening with native perennials but attempts to grow fruits and vegetables have mostly resulted in failure. In 2017, we owned a small house on a very shady 0.14 acres. I supposed we were doomed from the start, but we decided to experiment with growing vegetables anyway.

The south side of the house was shaded out by the neighbor’s large Pin Oak, and to the west we faced a 1480-foot mountain (Bearfort Mountain), which resulted in an early sunset. Stationing the raised beds on the east side if the house would have been more productive, but that was the front of the house where shrubs and various other plants were proudly displayed. The north side was our last resort, so we placed a few 4’x 4’ raised beds where the plants would receive a few hours of morning sun before the sun became hidden behind the house and trees. 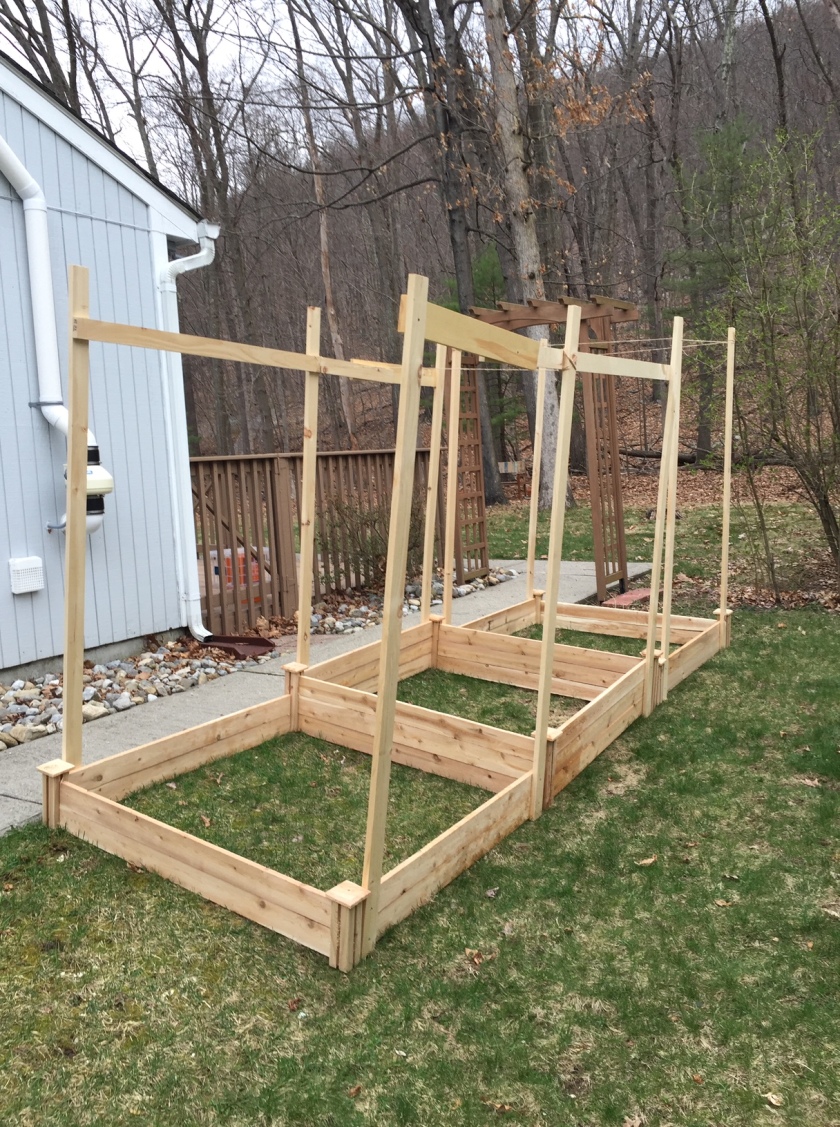 Before the fence. Did anyone bring a level?

We started way too many seeds indoors and we had space for only 3 raised beds, so many of the seedlings had to be thinned out eventually. We put the beets, carrots, cucumbers, summer squash, tomatoes, peppers, and eggplant in the ground around Mother’s Day. The plants did grow, but they just did not get enough sunlight, which meant a very low yield for some plants like peppers and eggplant. The tomatoes developed slowly, and many remained green into the fall. We pulled them off before the frost killed them in hopes that they would ripen on a windowsill, but they weren’t that far along.

Mildewy Squash. A trellis would have helped.

We harvested tiny carrots and beets, which did not develop well either due to due lack of sunlight (and probably insufficient soil depth). Some plants shaded out other plants due to the arrangement of the raised beds, but we had no choice due to property boundaries. The only good news was that we did not experience and major pest issues that year. At the end of this little experiment, we confirmed that that adequate sunlight and soil depth (depending on the crop) are essential. If we continued to live on that property, I think we would have used that same space to grow shade tolerant herbs or replace the beds with more shade-loving, deer resistant native perennials.

Today, in our new location, we are armed with more space, a greenhouse, and better light conditions. It is time to give the vegetable garden another shot. Mistakes will be made, from which I hope to learn and adjust what needs adjusting. Happy gardening!