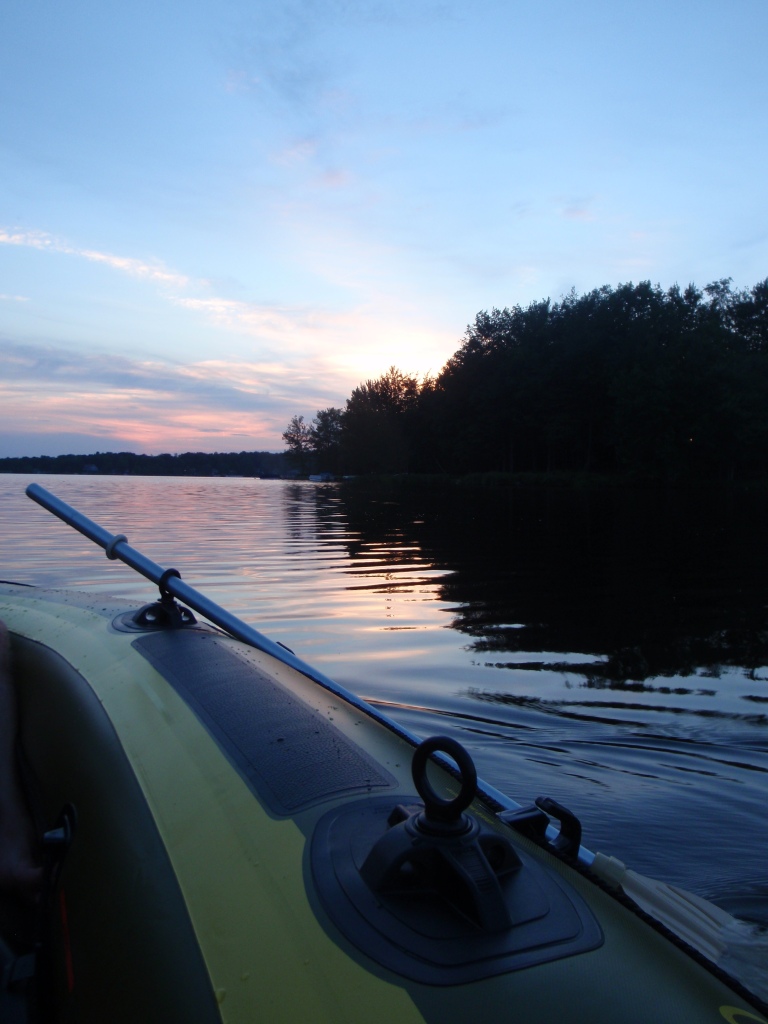 A classic evening on Lake Arrowhead

It all started on Lake Arrowhead, in Pennsylvania. I had just finished 3rd grade and I couldn’t believe summer was finally here. My friend invited me to spend a couple of weeks on the lake with him and his grandpa. Boy was I excited! I showed up at the lake wearing a big cheese grin on my face. I was all geared up for a week in front of the TV.  “Where did you guys hide the Nintendo?” I asked.

Imagine the look on my face when they handed me a shovel. “Better hurry up and dig up some bait for tonight’s fishing”, said the grandpa. I was not happy about the way things were unfolding. How was that any way to treat a guest? I pushed the shovel aside and told them that I thought fishing was dumb. Boy did I open up a can of worms. I quickly became an outcast and they decided that I was “lazy and unproductive”. Perhaps, they were right, but with no Nintendo in sight my hopes of collecting gold coins in the basement and rescuing the princess were destroyed.

I wanted to go home, away from this boring lake and my mean friend and his big cranky grandpa. I just about had enough when I got news that my grandpa was coming up the next day to take me home. Grandpa Abrams arrived at the lake house early in the morning. He looks like a very serious man with no time for shenanigans, when in fact; he jokes quite often and smiles warmly. He is a scientist and he certainly looks the part. Grandpa Abrams has a thin, athletic build, and has crazy curly mad scientist hair.

He promised to take me home, but only if I accompanied him to one quick fishing outing. I agreed, especially since he volunteered to dig up the earthworms to use for bait. It was cool and misty after the rain when we walked down to the lake. A light fog rolled over the calm lake. I instantly got lost in the scenery.

I turned and noticed Grandpa Abrams creep through the bushes toward the shoreline like some sort of old ninja assassin. Fishing pole in hand, he moved slowly in stealth mode; careful not to disturb anything that might be swimming below the surface. I found this to be extremely funny and I bit my lip to prevent myself from exploding in uncontrollable laughter. Then, he would gently flick his wrist, sending the line, bait, and bobber sailing smoothly into the water. Moments later the bobber began to dance and bob around, indicating a strike.

Grandpa Abrams would then yank the fishing pole with such force that anything on the other end would launch out of the water like a bat out of hell. I couldn’t figure out how the thing that he just yanked out was still attached to its lips. I looked on, baffled and amazed as yellow perch, bluegill sunfish, and pumpkinseed sunfish fluttered across my field of vision in a flying fish bonanza.

This was the greatest thing I had ever seen. I no longer thought that fishing was dumb. I was eager to see if I too was capable of such magic.

That night Grandpa Abrams prepared a delicious feast from our catch. My friend and his cranky grandpa chomped with delight and smacked their lips in approval. The next day, Grandpa Abrams kept his promise to take me home. He was ready to go, but I was nowhere to be found. There was no way I was leaving now. I was out back, shovel in hand, digging for earthworms 🙂

6 thoughts on “A Cure for Video Games”