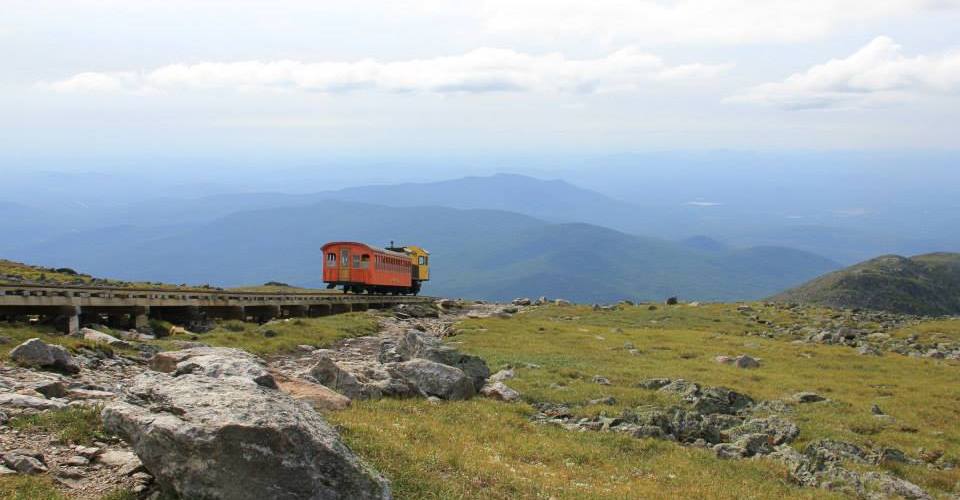 It is not easy to look forward to a Wednesday morning, but on this Wednesday I would not spend another chaotic day darting from one meeting to the next and staring helplessly at the computer screen as 50 more emails pop up. On this particular Wednesday morning, Caitlin and I would hit the road to embark on another adventure.

We set out for the White Mountains of New Hampshire to do some hiking and camping, but first we stopped at a town called Hancock (NH) and spent the night there at Hancock Inn B&B. People have stayed in this historic building since 1789 (George Washington’s first year in office). The town itself is located in the Monadnock Region and maintains its original character. Part of me wonders what it would be like to move to a town like this, away from all the madness.

The following day we arrived at Crawford Notch Campground in the White Mountains; an immense campground near the Saco River. We immediately headed for the trail and managed to squeeze in a short hike before darkness covered the mountains. We startled some people (and their dog) as they tried to peacefully smoke Marijuana, on the way to the waterfall, which was the big scenic point of this hike. The first night in the White Mountains was cool and crisp – the kind of mountain air that you remember breathing for months after the trip.

Next morning, we hiked Mt. Washington – the tallest peak (6,289 feet) in the Whites, which likely makes it the most popular hike. Still, it wasn’t too crowded until we made it to the summit. Most people apparently drive up to the summit or take the old railway. I doubt that we will be doing this hike again, but it is a beautiful hike and worth doing at least once. There are just far too many other trails to explore in this enormous landscape. Back at the campsite, we had a gourmet dinner of Ramen Noodles and found our beds in the tent in minutes, exhausted after the 11-mile walk.

As we dozed off listening to the owls in the distance, pleasant memories of the local flora and fauna floated around in my mind. Cornus canadensis (Bunchberries) – what looked like little mini flowering dogwoods carpeted the cool, moist ground. Perisoreus Canadensis (Gray or Canada Jay) came around to investigate as we hiked through the dimmed forest toward the end of the day/hike – they flew over our heads and landed just 2 feet away. They reminded me of Blue Jays, but bigger, black, gray, and white; not as loud, and their heads not triangular, but round. Finally, up near the summit, Arenaria montana (Mountain Sandwort) made for a spectacular display of white and yellow sprinkled over the rocks and gravel. I hope it won’t be too long until we return to this mountain wilderness for another adventure. 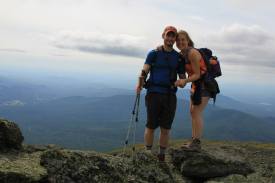 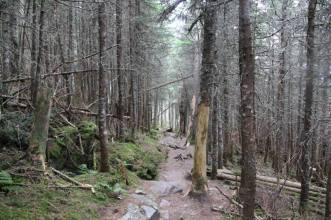